At the start of July my brother got married – it was a chilled out ceremony, so nothing too formal was needed in terms of outfit. I fully intended to make the Chelsea Party Dress from Amy Nicole Studio, but in the end ran out of time and made my very own DIY dress instead.

The best bit? This DIY dress was made from 3.5m of bias binding and a secondhand caftan bought for £10 – and all on top of a narrow old wardrobe door which I use for a ‘work table’ when back home! Skills right? 😉

Why Make A DIY Dress?

When it comes to making my own clothes, I usually take the time to draft an up-to-date pattern block and develop that into a new design or I buy a sewing pattern from an indie designer and make it fit me.

This can be more work than needed though, as I am almost 6ft tall with a D cup and find that most patterns need quite a few hacks to fit.

The problem came about because I just didn’t have the time to toile up the Chelsea party dress, fit it, source fabric for it and then actually sew it.

It was my own fault – too much travel back and forth to the UK during May and June. And I had a trip to NYC planned too which literally saw me altering my new sis-in-laws wedding blouse the evening before I flew to NYC!

So, the DIY dress I ended up making was loosely based off the Midsummer Night dream dress from Papercut Patterns. They no longer seem to sell that pattern, so I’ve linked to their PDF sewing pattern page instead.

This is what the working drawing looks like for the original pattern.

I love wrap tops and dresses though have not yet *actually* made one. I used the top part of this pattern to make the refashioned scarf top.

You can probably see that the only thing consistent with the original line drawing is the shoulder ties and the triangle neckline!

As I didn’t have any patterns with me in the UK – either my own or paid – I decided I would have to wing it and draft my DIY dress pattern from scratch.

I did this on an old wardrobe door placed at the end of the bed at my parents.

I started by laying down the original top you see in the earlier photo onto paper, and traced the neckline and armhole shape as best as I could.

When I originally printed the pattern about 18 months ago, I had made some changes:

These changes were done ad hoc based on my then measurements, and as it was 18 months later, there was no guarantee it would fit when I made the refashioned scarf top in the Netherlands..

Alas, I continued on and made up the top, literally *making it up* as I went. (You can view this in my stories over on Instagram –> check the ‘Refashioned’ highlight under my profile!)

In the end, the refashioned top I made was very different from the line drawing in the first image!

Tracing the neckline of the top for my new DIY dress was tricky – mostly because of the lack of space in my old room at my parents.

I ended up laying out the old wardrobe door on the bed, stuck some sheets of A4 printer paper together, and just roughly traced off the front neckline and armhole, and replicated it for the back too.

I then extended from the armhole down in an A-line shape for both front and back pieces, and made the centre front and centre back completely straight.

The problem I had when popping the dress pattern up against me was the lack of space around the hip and waist area.

As I was also ‘official photographer’ on the wedding day, I wanted my DIY dress to allow for lots of movement – taking photos on the go, dancing with family, you get the idea!

So, I spliced open the pattern from the hem up to the neckline in multiple areas, and cut ‘to but not through’.

This allowed me to open up the pattern at the hem, creating more volume.

Choosing Fabric For My DIY Dress

I think I mentioned already that the fabric I chose to use was actually a secondhand caftan bought for £10 from the Oxfam store on Notting Hill Gate in London.

I loved the print when I saw it in the shop and knew it would be great for a summer dress.

When I laid it out at the parents though, it literally covered the double bed in my old room.

Yes, it was that big!

I ended up with so much left over too!

I needed to get the caftan into an unpicked state so that I could work out the best placement for my DIY dress pattern pieces.

Turns out the original caftan had been overlocked together, so I took to the side seams with scissors – there wasn’t a chance I was unpicking all those overlocked seams!

The front and back pattern pieces were quite similar, but I had the front as cut one pair, with the centre front on the bias for better drape, and the centre back piece for my DIY dress would be cut on the fold.

What this meant was that the stunning circle print in the centre of the caftan wouldn’t actually be the focal point of the new DIY dress front.

And truth be told, the front pattern piece was now quite wide after my splicing, so much so that it wouldn’t actually fit on the true bias of the caftan in the end. I had to wing it! (That is also in my Instagram Story highlights too!)

The DIY dress was actually super easy to sew.

I pinned and stitched the centre front first, and then sewed the side seams. I planned to French seam them all, but with time running out – did I mention I was sewing this on the Thursday evening and the wedding was on the Friday daytime? – I had to stick with good old open seams.

The tricky part was sewing on all the bias binding.

I had popped into town to buy some bias binding that would work with the caftan print. As the print was full of greens, turquoises and blues I spotted for a bright orange bias binding, to provide some complementary contrast.

The bias binding was carefully pinned into place along both armholes, and trimmed at the edges.

I cheated, and literally wrapped the edge of the fabric in the binding. No first line of stitching, just straight up pinning!

But, it gets worse!

I then – before sewing a stitch of binding – pinned the binding along the back neckline, guesstimated the amount I would need as shoulder straps, and then pinned along the front necklines, meeting in a sharp v at the centre front.

Only at that point did I actually start sewing any binding! Oops!

The next step was to bind the entire hem of the dress, and I again cheated with this. I didn’t use a single pin. Shhhhh…

By the time I had finished all the binding, I was desperate to try it on and see how it looked. and in all honesty?

It was more than a tad ‘meh’ in my eyes!

My DIY dress needed some pizzazz.

I pulled out the remnants of the caftan and looked at what was available to me to use.

There was a border going up the sides of both the front and back sections. It was a solid blue colour on the edges, but had some green swirly leafy print slightly further in.

I decided I would cut this ‘border’ from the caftan and create a very ruffly ruffle for the centre front of my dress.

Ruffles are super easy to create. Once I had the strips of fabric from both sides of the caftan, I connected the fronts to the back at what would have been the shoulder seams.

The next step was to sew the two ‘sides’ together along the length.

And then I sewed bias binding along the outer edges to add a flash of orange along the ruffle.

Afterwards, I used the longest stitch on my Ma’s knackered old singer, right down the centre front, from the right side. I back-tacked at the start to secure the stitches, and then left long threads at the bottom.

I love creating ruffles. Watching the fabric gather up as you pull the threads. It’s a big delicious extravaganza of swirly fabric!

I started by pulling the bobbin thread up to the top, and then gently pulled on the upper thread to start gathering the fabric.

Being wary of snapping the thread, I kept the gathering to small sections at a time, moving the gathers along carefully.

Periodically I would lay my ruffle along the front of my DIY dress to check the length. There was no maths to this!

Eventually, it was the perfect length!

I secured the two threads and snipped the excess away, and then pinned the ruffle to the centre front of my new summer dress!

Attaching The Ruffle To My DIY Dress

The very last step to complete my dress was to sew the gorgeous ruffle into place.

I used a zig-zag stitch on my Ma’s machine, all the way down the centre front. Every couple of centimetres I would reverse stitch a few stitches and then continue on.

By the time I reached the hemline, it was looking fabulous!

Here’s a selection of photos of my DIY dress in action – along with the ruffle! I love this dress. It’s my favourite item of clothing right now.

My nephew Alfie managed to pap me a few times at the wedding reception after stealing my phone. And I made the OH take a few too in the garden here in the Netherlands. It was a scorcher, and this DIY dress was a winner! 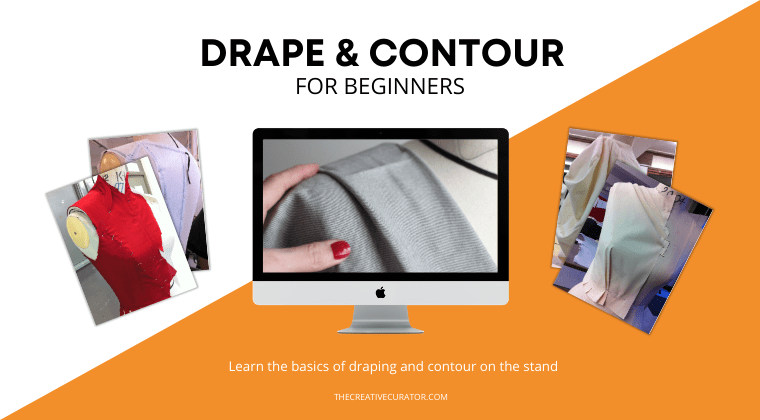